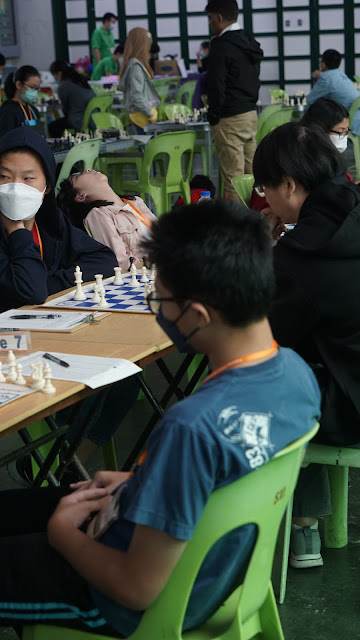 Please understand this post is not meant to make fun of this player (or any other player!) as by Round 4 today I was also feeling the stress and tiredness of the Penang Open 2022 (and I’m only doing the blogs and taking pictures).
I arrived at the hall late because had to fix some last minute pages on the PenangOpen blog (penangopen.com) and saw this..

The player was so tired and was really asleep during the game. I think the arbiters are not allowed to wake her up (even if they wanted to). Her opponent had already made his move and no where to be seen (assuming he is walking somewhere in the playing hall). 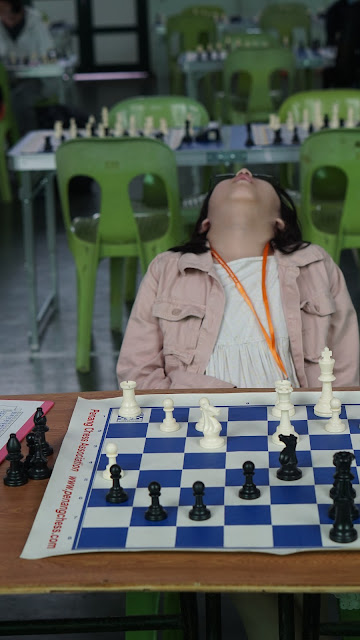 This happened once to my room mate too. He fell asleep during a game. But his opponent was kind enough to wake him up and he promptly beat the kind and courteous opponent. Not so in this case. Her opponent did not wake her up and her clock is running…
She did eventually wake up and continued her game.